Dan Schaefer was born and raised in Rochester, New York. After reading the children’s book Who Built the Highway (Norman Bate, 1953) at an early age, Dan was hooked and knew that somehow, someway, he was going to be involved in construction. He spent many days as a youth watching construction projects and building things around the house, and carried that interest to college to pursue a Bachelor of Science degree in Civil Engineering.

After receiving his BSCE, Dan worked for an engineering firm in western New York for five years before moving the Raleigh, North Carolina in 1990 to join Froehling & Robertson, Inc. In 2001, ten years (and several promotions) later, Dan became the Branch Manager of F&R’s Raleigh office, a position he excelled at in such spades that in 2015 Dan was promoted to the position of F&R’s Carolina Regional Vice President. This role allows him to administer several internally and externally facing programs geared toward improving F&R’s business practices.

During his early years at F&R he was able to complete a Master’s degree in Civil Engineering from North Carolina State University. Dan has more than 35 years of experience specializing in geotechnical engineering, construction inspection and materials testing, and environmental consulting. In addition to his branch management duties, he continues to serve as a senior engineer on a wide variety of site development, building, and transportation projects with particular emphasis in foundation, retaining wall, pavement and slope design. Dan is actively involved with the Geoprofessional Business Association (GBA) and has been a member of the GBA CoMET Business Council for more than 15 years, serving as that body’s Vice Chair. 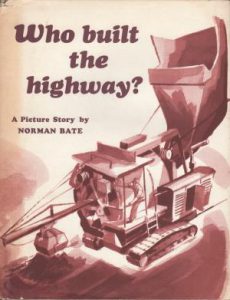 An arts renaissance on campus results in a beautiful thoroughly modern complex.

Home of the Woodpeckers!

Transforming an abandoned space into a multi-modal hub.

Luxury living in Money Magazine’s No. 1 ranked “Place to Live in the USA”.

UNC at Pembroke School of Business